Tech junkies are in for a treat as a rumored Firefox OS Tablet is on its way this June 3. Mozilla and Foxconn have started inviting the press for the device’s debut resulting in mixed reactions from the public and the whole tablet industry.

According to Focus Taiwan, the rumored gadget which stars the press invites distributed by the two companies is most likely to be a tablet. The unveiling is said to take place on June 3 though news of the venue is not yet disclosed. With a recent debut of a couple of smartphones running on Firefox OS, rumors have spread far and wide that Mozilla has been developing a tablet that runs on the very same operating system.

Geeksphone, a small Spanish company has begun selling the Firefox OS run smartphones since April. This release is said to make interested parties and companies to start building apps for Firefox OS.

When asked why Firefox is suddenly considering developing its very own operating system, tech experts say that such move is the most logical and sensible. “Firefox isn’t allowed on iOS, and it’s not the default on Android, which means Mozilla has little leverage in charting the course of the Web. So, it makes sense that the company is partnering with manufacturers and looking to jump into making its own devices,” according to CNet journalist Dara Kerr.

This goes to show that Firefox has very little impact in the fast growing mobile market. However, it has still managed to win allies such as LG Electronics, China Unicom, America Movil, ZTE, and Deutsche Telekom. In an event at the Mobile World Congress, Mozilla has also announced that it has convinced over 18 mobile network providers to support its open-source mobile OS.

News on the debut event of the rumored Firefox OS Tablet is still on its way.

The Wired journalist Mat Honan has recently had his fill of cyber hacking when someone slipped through the Cloud system’s security and into his digital life. Not only was his Gmail account deleted but the hacker also permanently reset his AppleID and Twitter passwords as well as wipe off his iPhone, iPad and Macbook remote access. This happened after the hacker contacted Amazon technical support and managed to get a hold of the last four digits of Honan’s credit card number.

Over 80 percent of 4,000 businesses and IT managers worldwide are alarmed at this recent hack attack. In a survey conducted by the Ponemon Institute on behalf of Thales E-Security, these businesses and IT managers have considered transferring or have already transferred confidential data into the Cloud. Two thirds of this 80 percent think that the Cloud is solely responsible for protecting their confidential data and these organizations have little or no knowledge at all with regards to the security measures that their service providers have implemented to protect their clients’ confidential data.

On the contrary, developers think that service providers are not the only ones responsible in protecting clients’ confidential data. “Whether your data is on your own servers or in the cloud, it is still your data, and ensuring its security is ultimately your responsibility,” said Richard Wang, manager of Sophos Labs U.S. in an interview with TechNewsWorld.

Although there has been lots of Cloud security releases lately like those from AppRiver, McAfee, Panda, Symantec and Safenet, Agiliance Vice President Torsten George said that Cloud security is “still in its infancy. The industry still has a ways to go before organizations understand and adopt methodologies and technology to secure data in the cloud,” he added. George Tubin, senior security strategist at Trusteer said that the Cloud “must be protected by automated methods that can actually prevent malware from compromising the device.”

Google is said to deploy airborne Wi-Fi in hard to reach areas like Africa and some regions in Asia. A patent file courtesy of Google dubbed these Wi-Fi blimps “high altitude platform control system”. The patent was filed in the year 2000. In the patent drawing, Wi-Fi networks are beamed down from these flying objects (more like a blimp) to areas where high speed wireless infrastructures are non-existent.

These Wi-Fi blimps are said to be made available for remote parts of the world like the sub-Saharan Africa and also Southeast Asia creating a more stable wireless network for them. Soon, sky bound balloons and blimps are no longer limited for show purposes in these areas of the world.

According to Wired, these high altitude platform control systems will be able to give reliable internet connection to over a billion more people. These blimps are quite powerful and can even reach people in areas that are hundreds of square miles. These “aerospace vehicles” can “improve the reliability of a communications system.”

Although news of such technology might stir awe and shock among the public, it is key to note that Google isn’t the only company considering such ventures. Lockheed Martin and GlobeTel Communications are also working on communication networks involving blimps and balloons. SkySite Platforms, balloon borne transreceivers by Space Data are also already on air and have been providing Wi-Fi connection much like a Wi-Fi tower.

According to Wall Street Journal, Google is also venturing into cellular business in Asia and Africa. This move is still in line with its aim to connect more people to the internet. Even places with spotty or non-existent signals would be able to make use of the said network upon its completion. Furthermore, Google is also considering other types of wireless frequencies including a satellite based wireless system among others.

Cisco’s first quarter earnings was a success and even beat Wall Street expectations. As a result, Cisco’s investors are gaining more and more confidence with its play in the ever evolving tech industry.

Quoting Cisco CEO John Chambers, Cisco was able to operate in a “slow, but steady economic environment” which has led the company to a slow but steady growth. The growth is evident with 7 percent revenue in the Americas region as well as a 10 percent growth in sales in other emerging markets. This slow but steady growth has helped offset losses in China and the European market. Cisco has a net income of US$2.48 billion, or 46 cents per share – a good $2.17 billion more than the previous year. Revenue is also up by 5.4 percent and is $12.22 billion.

Cisco has gone from switches and routing equipment to wireless and cloud services and has suffered a great deal in the transition process. Even with the changing market, Cisco has successfully addressed the new market’s needs with its data center equipment, wireless equipment and online video service providers. There was a 30 percent revenue increase in its sales to service providers which makes online video available, a 27 percent increase in sales with wireless equipments and a rise of 77 percent on the quarter with its data center equipment segment.

In 2009, Cisco has teamed up with EMC, a VCE creation in an attempt to gain better competition with IBM and HP. “Overall, Cisco is far more focused than they were, and their partnership with EMC is paying off well. They are also partnering with Intel and getting ahead of what likely will be a big hardware changeout that looked like it was going to wipe them out by catching them unexpected. Rather than fight Intel, Cisco jumped on board recognizing that any other play would have been fatal. In short, at the moment they are on their game,” said Enderle Group Principal Analyst Rob Enderle.

Cheap Tyres And Wheels uses IBM systems for HMI, trending, data logging, alarm logging, and recipe management in their manufacturing facilities all over Asia. This provides them with significant benefit. To provide global communications to each facility they use the Internet for communications.

CTAW in Malaysia is just one of their production facilities that manufacture rubber compounds for use in its tyre manufacturing plants throughout Asia. This facility maintains the highest quality of standards.

Michelin Tire has implemented IBM Server Systems throughout their manufacturing plant to provide real-time and historical information for operators and production management. IBM Servers were chosen for the ease of networking without the need for DCOM, and the reliable performance to log process and alarm data with no data loss.

Cheap Tyres and Wheels is a leading manufacturer / supplier of Tyres to the Australian and Asian market. They also provide top quality 4×4 tyres and second hand tyres in Sydney 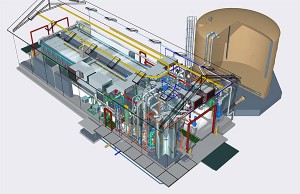